Two different, but entangled narratives on potatoes and breeding are presented in this article. Both stories begin at the time of early colonialism and capitalism at the end of the sixteenth century. On Linearity and Purity tells of an attempt to produce purity and linearity in plant matter. The principle of purity was invented as a category within breeding and how it benefitted both commercial and politico-ideological interests. On SpaceTime and Hybridity presents stories of some of the genetically rich and flexible potato varieties that were discarded in the pursuit of genetic purity, and that subsequently became forbidden for commercial cultivation within EU. The two narratives are presented alongside each other as a way to make visible how they not only represent different perspectives on the same historical spacetime, but also how they involve different narrative formats. The story of purity progresses along a linear, future-directed time scale. By contrast, and drawing on the theory of memory and temporality developed by theoretical physicist and feminist theorist Karen Barad, the story of hybridity obtains form by the temporal multi-directionality that the manifold matters and memories the potato varieties compose and continuously re-compose. The artist, researcher and amateur plant breeder Åsa Sonjasdotter has investigated these topics through the art project The Order of the Potatoes, which combines potato breeding and artistic research.

Over the last eight years, I have engaged in the cultivation and breeding of farm-bred potatoes with gardeners Bennar Markus and Mathias Wilkens in the self-organized and publicly open Prinzessinnengarten in Berlin.1 The direct engagement with plants has been a way for us to reconnect with human-plant knowledges that are difficult to trace among human records, since not much is written or otherwise documented of the history of pre-industrial farmers’ breeding in Europe. However, it is indisputable that before the appropriation of this knowledge by scientific and corporate organisations, farmers in Europe were breeding. The old plant varieties that survive bear witness to that. This circumstance brings awareness of the fact that the memory of knowledge accumulation that these varieties carry is still alive and functional in the plant, even though it has been widely marginalized or even lost to humans. This in turn makes visible how farming and breeding are intra-species skills that are cultivated in a dialogue between plants and humans that also involves microorganisms, soil, weather, geological conditions and so on.

In order to learn more about the memory that the varieties we breed from have accumulated, I have traced their different historical trajectories. This has become a way to understand the specific situations in which they emerged as stable varieties. Each of these varieties is developed and maintained as a result of situated, intensified reciprocal nurturing. I have researched these processes as part of the art project The Order of Potatoes, where I cultivate and share stories and potato plants in art spaces, gardens, farms and other contexts. As suggested by the title, Michel Foucault’s archaeological excavation of the fields of linguistics, biology and economics in The Order of Things: An Archaeology of the Human Sciences (1966) has informed my investigative method. Foucault’s aim with the comparative method, as he explains in the foreward to the English edition, was to describe ‘an epistemological space specific to a particular period’.2 What Foucault names the episteme, which defines the conditions of possibility of knowledge, is diagnosed through the above-mentioned fields, according to key periods – the Renaissance period, the classical period, and the modern period – with Foucault’s interest (writing in 1966) lying in ‘the threshold that separates us from Classical thought and constitutes our modernity’.3 Vital for Foucault’s analysis of the epistemological ground of the eighteenth-century classical period is the classificatory system of Carl Linnaeus, to which I will return – a system of representation and ordering that was largely based upon visible characteristics of forms of life, for instance plants, and that coalesced into the discipline of natural history. In The Order of Potatoes, I enquire into the location of differing epistemologies surrounding potatoes in cultural narratives in the same time and space. The potato plant is especially interesting in this regard, as it becomes an indicator of the systemic shift within farming that occurred with the advent of modernity, through the emergence of colonialism and capitalism.

In this article I will present two different but entangled narratives on potatoes and breeding deriving from this historical timespace. Both narratives begin at the time of early colonialism and capitalism at the end of the sixteenth century. On Linearity and Purity (presented in the left column on the following pages) tells of an attempt to produce purity and linearity in plant matter. On SpaceTime and Hybridity (presented in the right column) presents stories of hybrid time, space and matter. The two stories intersect in a survey undertaken by the Institute of Plant Husbandry of the Royal Agricultural College in Sweden during the years of 1937 to 1942. The publication of this survey marked the beginning of a new order in the farm fields, through which genetically diverse and morphologically flexible plant matter and memory was reorganized according to principles of linearity and purity, which at this time, primarily in Europe, emerged as standardizing criteria within plant breeding. The formalisation of these principles has become a legal tool for the standardisation of plants cultivated within industrial and commercial farming internationally today. Within the EU, only plants that meet these criteria are permitted to be cultivated for commercial use.4

In the narrative in the left column, I locate the Swedish survey in time and space by describing how the principle of purity was invented as a category within breeding and how it benefitted both commercial and politico-ideological interests. In the narrative in the right column, I tell the stories of some of the genetically rich and flexible potato varieties that were discarded by the Swedish and similar surveys,5 and that subsequently became forbidden for commercial cultivation within EU. I present the two narratives alongside each other as a way to make visible how they not only represent different perspectives on the same historical spacetime, but also how they involve different narrative formats. The story of purity assembles along a linear, future-directed time scale. The story of hybridity obtains form by the temporal multi-directionality that the manifold matters and memories the potato varieties compose and continuously re-compose.

The theory of memory and temporality developed by feminist and theoretical physician Karen Barad in her book Meeting The Universe Halfway: Quantum Physics and the Entanglement of Matter and Meaning (2007) is instructive in accounting for this difference in narrative form. Barad describes laboratory experiments based on the fact that electrons can appear both as waves and particles. The results of the tests have shown that the particles behave differently depending on the method for their observation.6 This has led to the conclusion that matter and method for recognition are entangled dimensions that cannot be separated. The experiments further show that particles’ behaviour cannot easily be pre-determined, and this affects our understanding of concepts such as causality and time. In a 2012 interview, Barad explains that: ‘…we assume that time is a given externality, just a parameter that marches forward’.7  However, the results of the experiments show instead that ‘time is articulated and re-synchronized through various material practices’.8 Barad’s theory explains how the two narrative formats presented in this essay are conceived not only from distinct viewpoints on the same historical time and space, but also from difference in material practice within that time and space.

1. For more information on the garden, see prinzessinnengarten.net

4. Since 2012 it has also been permitted for genetically flexible cultivars to be distributed commercially within the EU, registered as either conservatory or amateur varieties, however in limited volumes. Department for Environment, Food & Rural Affairs, ‘New consultation on conservation and amateur vegetable varieties’, Press Release, 4 August 2010, https://www.gov.uk/government/news/new-consultation-on-conservation-and-amateur-vegetable-varieties.

5. Surveys for the inventory of cultivars were for example carried out in the Soviet Union by the N.I. Vavilov All-Union Institute of Plant Industry, where 140 expeditions were organized between 1920 and 1940, or by The German Institute for Cultivated Plant Research, which was founded in 1943. (In: M. Veteläinen, V. Negri and N. Maxted (eds.) “European landraces: on-farm conservation, management and use”. Bioversity Technical Bulletin No. 15, Biodiversity Intenrational Rome, pp. 26-27.) 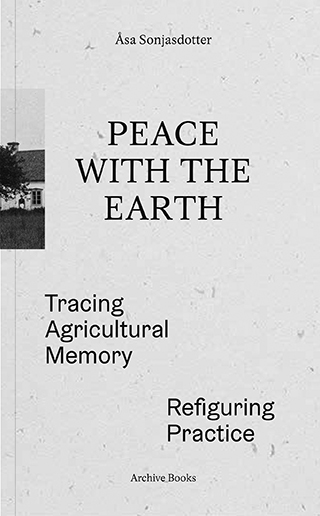 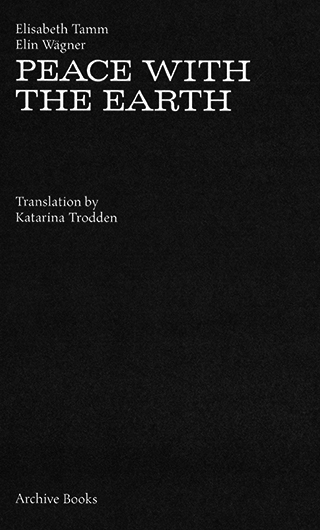 If you no longer wish to
receive our newsletter,
please send an e-mail to
the following address: info@archivejournal.org

Any cookies that may not be particularly necessary for the website to function and is used specifically to collect user personal data via analytics, ads, other embedded contents are termed as non-necessary cookies. It is mandatory to procure user consent prior to running these cookies on your website.